From africa-rising-wiki
Jump to: navigation, search

Introduction remarks / Opening session
The meeting started at 8:45 am with a short prayer and introduction of the meeting facilitated by Dr. Haroon Sseguya, the project coordinator (and Technology Scaling Specialist, IITA). He noted that it’s a tradition for the project team to get together and review the progress of activities and plan ahead. Haroon also noted the meeting is also a special opportunity to welcome the new rice team led by ARI Dakawa through, among others, interaction with other team members.

Charles Chuwa: Progress on activities implemented by the rice team

Closure Dr. Francis Muthoni, the project GIS scientist, gave the closing remarks. He thanked all participants for high turnout and active participation. He noted that all the team members are showing high commitment to accelerate achievement of the project goals that will eventually help increase yields and reduce poverty for our farmers. We should continue with the same spirit and commitment. 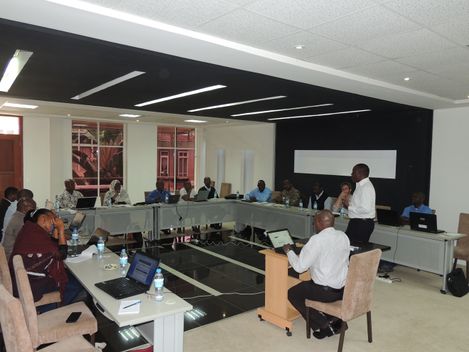 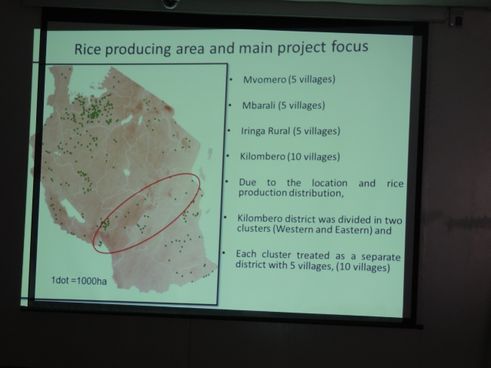 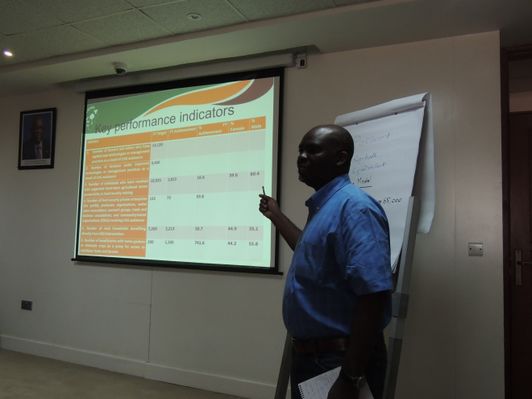 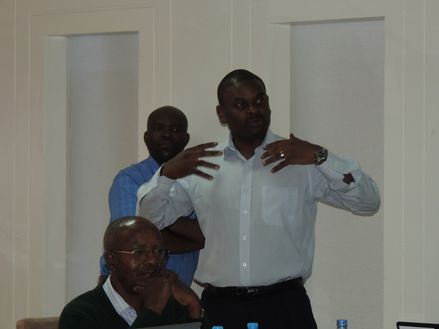 Fred Kizito (CIAT) elaborating a point during a discussion session.